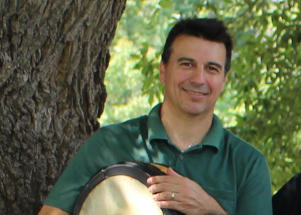 Mr. Morrison has been teaching his four children Gaelic since he started learning back in 2003. His teaching credits include: a two-week bodhràn course at the Gaelic College in Cape Breton Nova Scotia in 2006, Instructor/regional representative for the Atlantic Gaelic Academy 2011-2013, VP and President of An Comunn Gàidhealach Ameireaganach  (The American Scottish Gaelic Society) 2011-2014, workshop instructor/organizer for the Northern Arizona Celtic Society’s Immersion Weekend in Flagstaff (2013), and numerous private lessons on-line via Skype.  He earned a B.A. in Gaelic Language and Culture from Sabhal Mòr Ostaig on the Isle of Skye in December 2018 through their distance learning program.

An accomplished musician, Mr. Morrison teaches percussion and Celtic Traditional music in his studio called Rimshots. In particular, he teaches the Bodhràn, the Tin Whistle, the Bones, and the Spoons. Mr. Morrison also sings many Gaelic songs (learned from Gillebride) and won the men’s traditional singing contest in the US National Mòd in 2011. Mr. Morrison has also won numerous awards at previous Mòds for Gaelic poetry writing, poetry recitation, and story telling including the coveted Argyll Cup for outstanding scholarship three times. 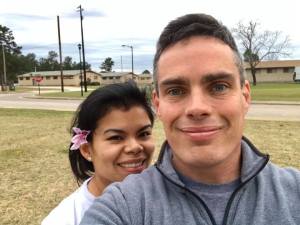 Robert Bingham joined the faculty of Sgoil Gàidhlig Bhaile an Taigh Mhóir for the 2019 – 2020 academic year and is now both a teacher and a member of the Board of Trustees. In December 2022, Robert, a Naval officer, was assigned to ship duty and will be on leave from teaching through the rest of the 2022-2023 school year.

Robert is a native of South Florida.  He graduated in 2003 with a BA/Honours in Celtic Studies from Saint Francis Xavier University, Nova Scotia, Canada where he learned Gaelic with Dr. Ken Nilsen and Catriona Parsons, as well as with the local community.  In Cape Breton he had the opportunity to immerse himself in North American Gaelic culture.  Robert received the Angus L MacDonald Scholarship to travel to Scotland, which he did in the summer of 2003. He currently lives with his wife and four children in Virginia Beach, Virginia. 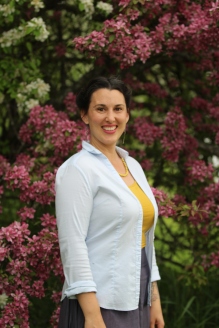 Òmar Bhochanan | Amber Buchanan is a partner and consultant in Inside Out, a Gàidhlig and yoga teacher, a weaver, and a Gaelic activist.  She  lives on the Bras d’Or lake in Grass Cove, Mi’kma’ki | Cape Breton Island with her daughter Sadie. Amber teaches Gàidhlig language and traditional cultural practices both in community and at Baile Nan Gàidheal | Highland Village Museum. Òmar has also been building connections with Gaels and Cape Breton’s Indigenous people, the Mi’kmaq, noticing similarities and celebrating uniqueness with the intention to forge peace, friendship and collective resilience.

“ . . .  the reclamation of one’s ancestral language and culture has the power to transform and connect us to ourselves, one another, our ancestors, the earth and the greater web of life.” ~ Òmar Bhochanan 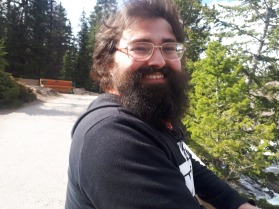 Àdhamh Dàmaireach | Adam Dahmer got involved in Gaelic when he arrived in Scotland in 2014, to do a master’s degree in Celtic Studies at the University of Edinburgh. Eight years later, he has a doctorate in Celtic Studies from the University of Edinburgh, and now he teaches Gaelic as it was taught to him. Although he is originally from Kentucky (where he and his wife founded SPLANG!, a Gaelic promotion group in Louisville), he currently lives in Canada.  Adam serves on the Board of Trustees of An Comunn Gàidhealach Ameireaganach  (The American Scottish Gaelic Society), and teaches Scottish Gaelic at Eastern Tennessee State University in the Appalachian Studies department It is his honor and pleasure to be an online teacher at Sgoil Gàidhlig Bhaile an Taigh Mhòir! 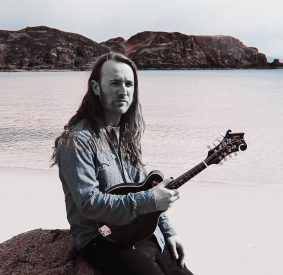 Eòghann Mac an t-saoir| Ewan Macintyre will be covering Robert Bingham’s classes for the remainder of the school year as Robert has received orders for duty on a ship. We are very excited to have such a creative person as Ewan join our community.

Now based in Montreal, Ewan was  born and raised in Edinburgh, He comes from very creative roots.  His parents are puppeteers, and the family toured Asia, Australia, and North America. Ewan himself was writing music in his teens. Ewan spoke Gaelic since childhood, but it was after music college when he started playing more traditional music that he returned to the language and deepened his interest in the language and its culture.  In 2014, Ewan moved to Canada, studied French, married a Quebecoise woman in 2021, and became a tri-lingual man. At the start of the pandemic he began writing songs in Gaelic. Ewan is very interested in creative writing and music in Gaelic, and believes the world needs new music in Gaelic.  His first album to include Gaelic songs comes out next year. You can listen to some of the music of the Ewan Macintyre Band here. 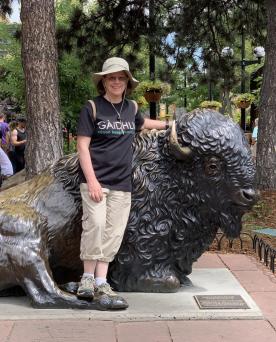 Susan Tougas started her Scottish Gaelic journey with Thomas Leigh at the Callanish School of Celtic Arts in 2016.  She made several summer trips to Sabhal Mòr Ostaig on the Isle of Skye and, through their long-distance program, earned her Certificate of Higher Education (Honours) in 2021.  She has also studied online with Colaisde na Gàidhlig.  Currently, she is continuing her Gaelic studies at Sgoil Gàidhlig Bhaile an Taigh Mhòir.

Susan is a Rhode Island native but has made her home in Vermont for almost thirty years where she enjoys hiking, genealogy, and writing.

5 Comments on “Our Faculty” 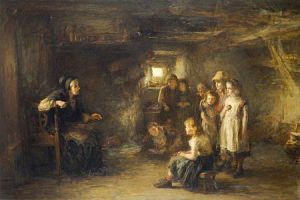 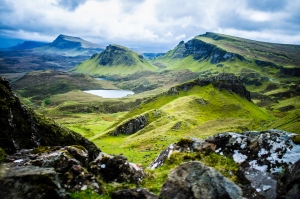